My friend Danielle at ProfMomEsq invited me to an event on FB that I thought I would share with you.

Jill over at Yeah. Good Times. is a blogger who is dedicated to raising awareness about autism. Here is what she wrote:

This event is a virtual candlelight vigil to remember and respect the lives of autistic children who have died after an elopement.

The Kennedy Krieger Institute reported in a 2011 study that up to 48% of all children with autism will engage in wandering behavior or “elopement,” which is defined as the tendency to leave a safe space and enter into a potentially dangerous one, and is a rate 4 times higher than their neurotypical siblings.

The Krieger Institute also reported that “35% of families with children who elope report their children are “never” or “rarely” able to communicate their name, address, or phone number by any means.”

In 2012, the National Autism Association reported that “accidental drowning accounted for 91% total U.S. deaths reported in children with an ASD ages 14 and younger subsequent to wandering/elopement.”

This vigil is being organized to spread awareness of the very real issue of wandering behavior in autistic children and the unspeakable tragedies that can, and have occurred as a result.

Please join us in respectful remembrance of the children who have died. 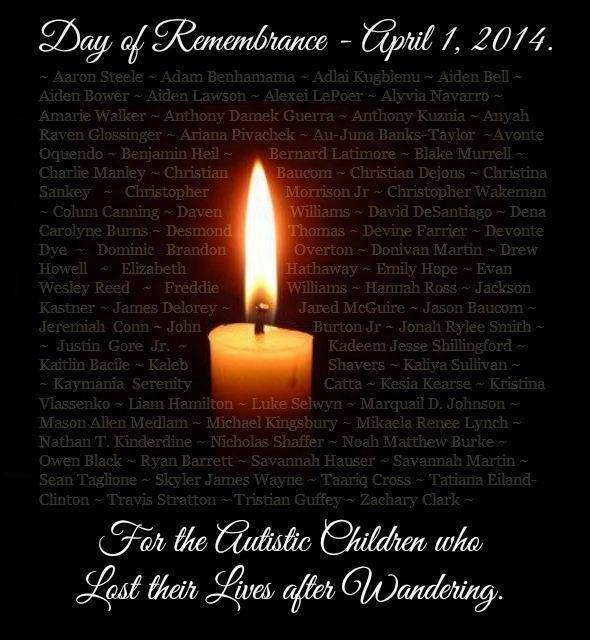